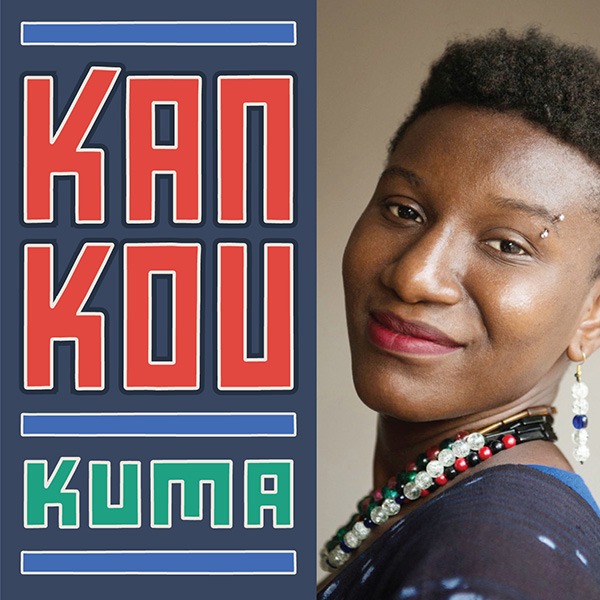 Grittily anthemic guitar riffs playing off against dribbles of electronica, and a harmonica like a distant train whistle … providing a sympathetic setting for Kouyate’s voice, an unhurried alto more than capable of rising above even grungy guitar work.

“A wonderful album that I have been happily listening to on repeat without getting bored at all, easily one of the debut albums of the year” Whisperin’ & Hollerin’ (9*/10*) – UK

“An exceptionally rich and varied album, which seems to effortlessly span musical cultures” Northern Sky (4*/5*) – UK “Grittily anthemic guitar riffs playing off against dribbles of electronica, and a harmonica like a distant train whistle … providing a sympathetic setting for Kouyate’s voice, an unhurried alto more than capable of rising above even grungy guitar work” Financial Times (4*/5*) – UK

“On the album ‘Kuma’ we hear ‘African music with a western twist’ or ‘Western music with an African twist’. Both are great and both are beautiful!” Music Frames – NL “Magical new album in which Kankou Kouyate’s Malian heritage blends with Mark Mulholland’s Glasgow based rock” Penny Black Music – UK

“A fascinating experiment that isn’t afraid to dive into and play around with various styles” Small Music Scene- UK “Amazingly good – African rock, spiced with blues and folk, and always with that beautiful voice of Kankou which keeps everything together. World fusion at its very best. A gorgeous album.” Moors Magazine – NL

“Kuma is a wonderfully produced album, one of beauty, of confronting ignorance and hopeful change.” Liverpool Sound and Vision (8.5*/10*) – UK

“An eclectic, innovative combination of African and Western styles that has much to recommend to fans of psychedelia, folk, and world fusion alike” – Bliss Aquamarine “Kuma consistently delights” – Rock’n’Reel (4*/5*) – UK

“Kouyate’s is one of the most suggestive and engaging voices of the current Malian scene, and this album is a perfect synthesis between blues-rock, acoustic folk and subtle electronic rhythms” Wiriko (chosen as one of the top 6 albums in December) – ES