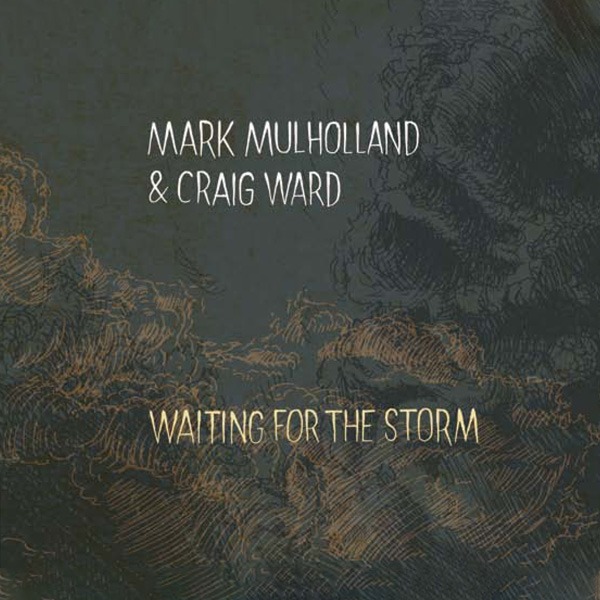 The music will speak for itself – and yield hidden riches over countless return visits.

Mark Mulholland and Craig Ward‘s music represents their own take on the British folk tradition of Graham, Jansch, Renbourn et al. Friends since their teens, when both were playing in bands in Glasgow and Edinburgh in the late ’80s, the two have been travelling and playing music since, crossing paths at various points along the way. Craig produced Mark’s band Two Dollar Bash’s third album, “Lost River”, and accompanied the band on a 5 week North American tour in 2007. Around this time, the pair started talking of recording an album together, drawing from their mutual influences of the likes of Pentangle and Nick Drake. In the course of 2010 and 2011, they met up for a series of recording sessions in Berlin, Antwerp and Rotterdam, and the resulting album, “Waiting for the Storm”, will be released in summer 2012 by Cannery Row Records and the London-based Jezus Factory Records, accompanied by a tour of the UK, Ireland and France. The line-up is completed with the addition of Belgian double-bass player Hannes d’Hoine, and the trio completed a successful tour of Belgium, the Netherlands, Germany and the Czech Republic in February and March 2012.

“A late night masterpiece to salve bruised souls, one of the best albums of 2012” R2

« The more I listen, the more ambitious the whole thing sounds.» No Depression

« There is no doubt about the quality of the music that these guys make » Iain Anderson, BBC Scotland