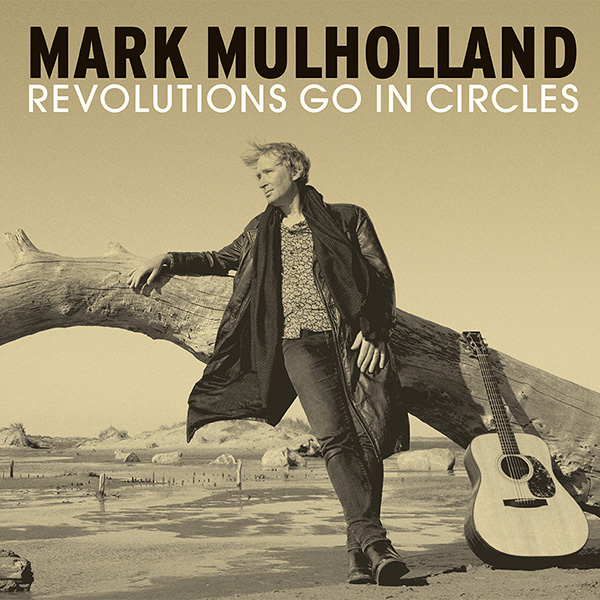 It was recorded in Bamako, Paris, Berlin and New York, and features collaborations with many of the musicians he has worked with in recent years, including the late Tony Allen, Toumani Diabate, Yacouba SIssoko, Vincent Bucher, Sean Condron, Pamela Badjogo & Baba MD.

Mixed and mastered by Grammy-winning producer David Odlum, who recorded Mark’s Celtic/mandingue project Alba Griot Ensemble, “Revolutions go in Circles” encompasses a variety of styles ranging from breezy pop-rock, Celtic folk and jazz to reggae and psychedelic afro-beat, while always retaining the distinctive style that makes Mulholland’s songwriting unique. The first single, “Moving On”, will be accompanied by a video directed by award-winning French film-maker Bertrand Fèvre, filmed by Bertrand, Sam Thomas and Robert Betkowski in the Camargue in November 2021.

Scottish singer-songwriter Mark Mulholland released his third solo album, “Revolutions go in Circles”, in summer 2022.  It was recorded in Bamako, Paris, Berlin and New York, and features collaborations with many of the [...]

"All in the Mind", the first album from Berlin psychedelic troubadours The Strange Encounters, will be released by Ports of Call in 2023. An adventurous mixture of jangly folk, blues and rock’n‘roll [...]

“A Great Place to Leave”, the third album from Berlin band Strip me Naked. This album was released on October 1st on Cannery Row Records/Ports of Call Music, as CD, vinyl and [...]